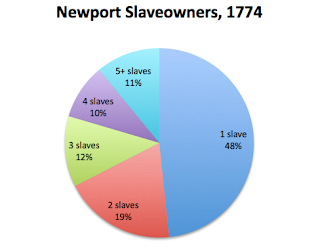 The practical effect of this dispersed model of slave ownership was that most black families in colonial Newport did not live together.

In the graveyard, we can see this plainly in the many gravestones dedicated to husbands and wives who are commemorated under their masters' surnames. These were families in fact, but the laws and conventions of slave ownership made it impossible for them to establish independent households: 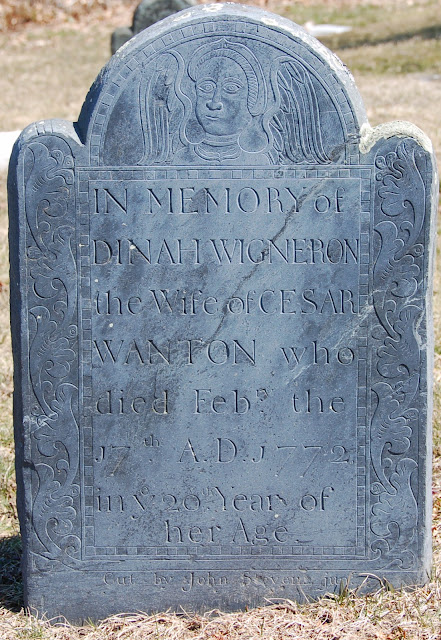 *Please note: the 1774 census lumps together all black Newporters, making no distinctions of age, sex, or status. The numbers in this post assume that black Newporters living in households with a black head of house are free, while those living in a household with a white head of house are enslaved. It is possible that the limitations of the census data makes some free people appear to be slaves if they were free servants living full-time in a white person's household. I have not seen any cases of this documented, but it is theoretically possible. Inspired by the language of the NLSY97 questionnaire I fill out every year, I will call this a "slavery or slavery-like arrangement."
Posted by Caitlin GD Hopkins at 1:53 PM