The beginning of the semester always stresses me out, so I like to do craft projects that allow me to work off some creative energy in a non-academic context. Sometimes I knit, sometimes I produce subversive cross-stitch patterns, etc.

This semester, I have decided to make little clay pieces for Agricola, a new board game that Pete bought for us. The game has lots of boring little wooden pieces, but some people over on Board Game Geek have decided to customize their sets with clay replacement pieces. I thought I'd try my hand at it. Here are my results:

The Green Team (Team Ireland):
Pete is usually green when we play games, so I made a red-headed team for him. The father figurine is just a hair over 2" tall (with hat).

The Red Team (Team Italy):
I am almost always red, so I gave the mama for Team Italy a book. I wouldn't be very useful on a farm. The little discs under the figurines' feet are the original "people" tokens from the game.

The Blue Team (Team Sweden):
No one in our house plays blue and, in retrospect, I should have done this team first so I could work on my technique. After completing Green and Red, I was getting ambitious — hence the quilt and young Olaf's freckles.

The Purple Team (Team France):
I don't know what Papa Purple is so surprised about. I didn't run out of clay — I meant to make him bald.

The Naked Team (Team Nudist/Utopian Co-op):
Ok, this one takes some explaining. Normally, game designers will make the fifth team a primary or secondary color (yellow, orange) or a neutral (white, brown, black). The Agricola designers decided instead to just slap a sealant on the natural wood and call it a day. In honor of their choice, I made little natural people who work their nudist, co-op farm in peace and harmony with nature. Another take on this theme here.

The Guest:
In the game, you can get an extra worker called The Guest. The token for this character shows him (inexplicably) holding a cat. I have named him Luigi. 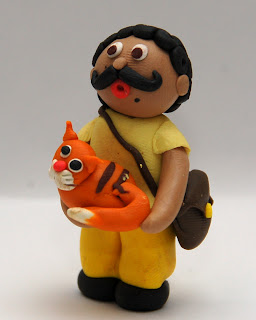 The game also includes many tiny animals (sheep, pigs, cattle) and crops (grain, vegetables), along with fish, bread, and plates of food. 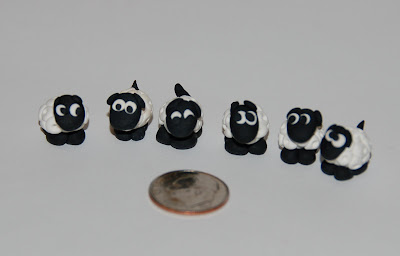 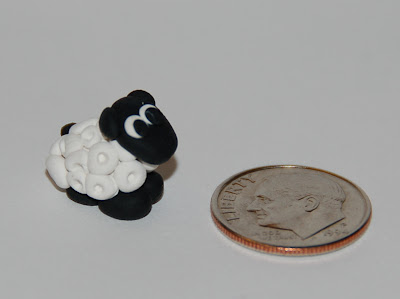 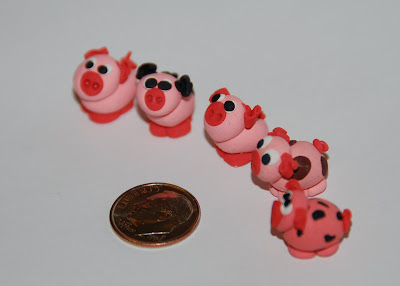 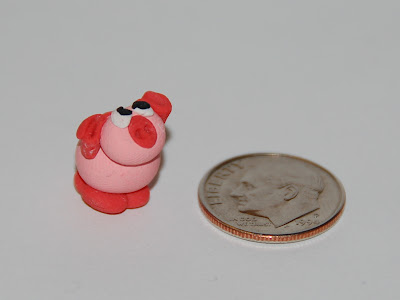 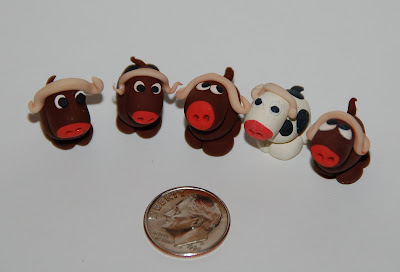 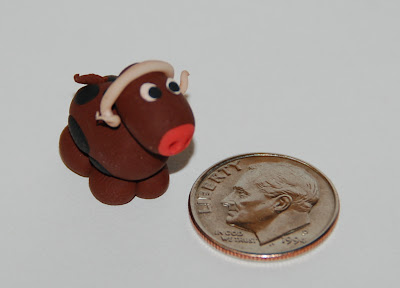 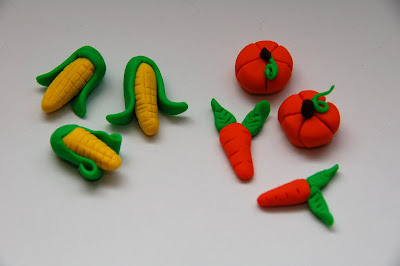 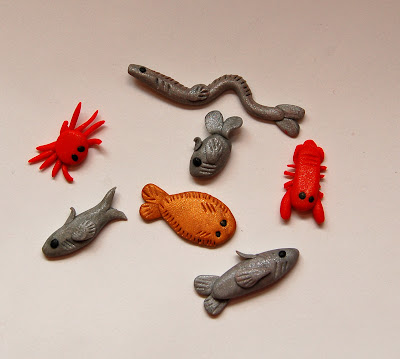 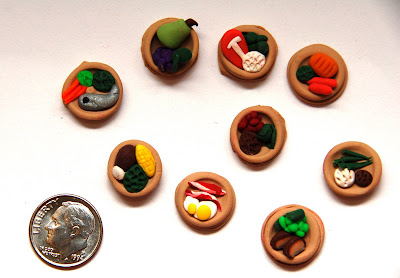 Here is a complete Agricola setup (2 players) near the end of the game (Pepsi can for scale). This game ended in a 49-49 tie: 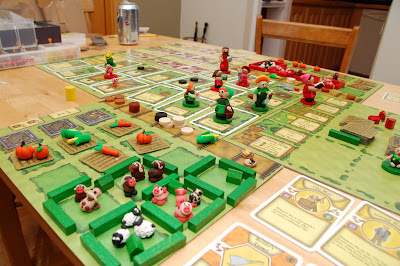 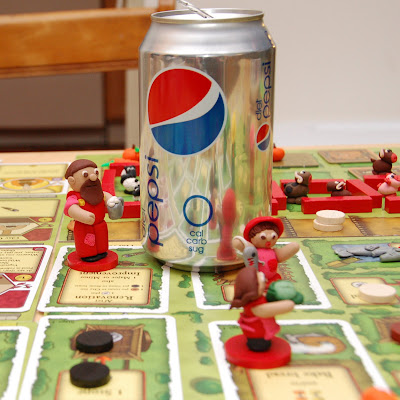 I was inspired by many of the photos submitted to Board Game Geek. My favorites were these abstract, Holy-Land-ish creations and this brilliant take on the Blue Team.
Posted by Caitlin GD Hopkins at 8:27 PM

This is amazing!!! Ian says, "That's not fair. Caitlin shouldn't be allowed to be good at everything." These little guys and animals have great expressions and are just adorable. Beautiful work! I want to play.

I'm so glad you like them! I miss game nights with you and Ian. The next time we are on the same continent, we'll have to get together to play Agricola.

Yours are way better than either of the inspirations you listed. Nice job! Pete definitely has me interested in the basic game.

These are great. Particularly love the plates of food and the use of sparkles FIMO on the fish.

would you consider making a set to sell?

Sure. Why don't you email me at chopkins@fas.harvard.edu and we can work out the details.