I'm finally back from my internetless vacation in Rhode Island — it looks like the autopost mechanism worked just fine.

Some friends and I rented a house in Little Compton, RI and had a lovely week. While there, I visited the Little Compton graveyard, which is in the very center of an adorable little village. If I hadn't spent the last few weeks reading about King Philip's War, I would have been lulled into thinking that this was the most peaceful spot in southern New England.

One of the most prominent graves in the cemetery belongs to Benjamin Church, the military leader whose company eventually killed and beheaded Metacom in 1676. His whole family has expensive tombstones rather than upright headstones — even his very young children. 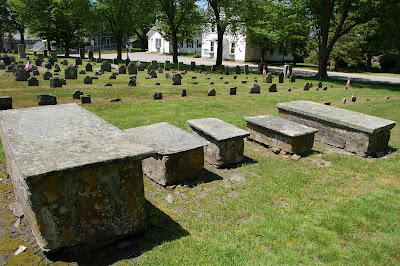 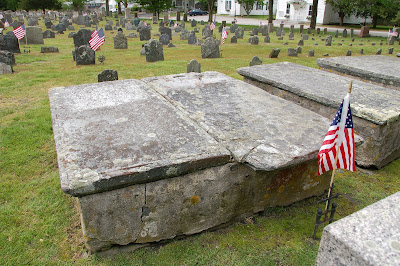 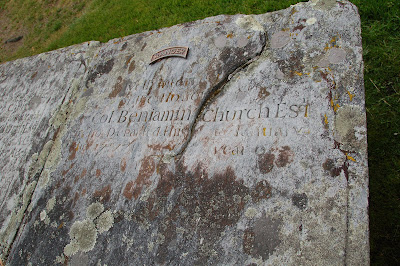 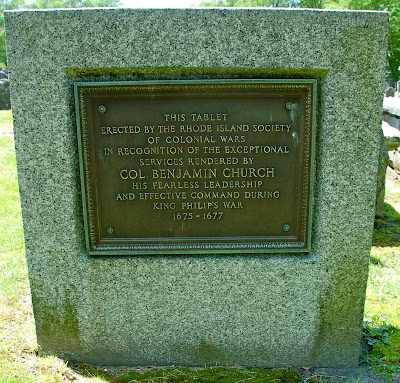