I am very fond of Dorothea Dix's gravestone at Mount Auburn. 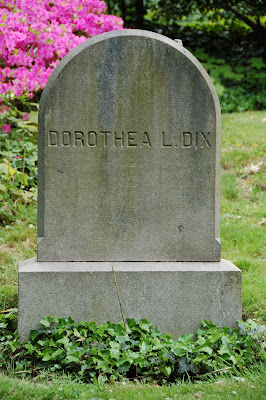 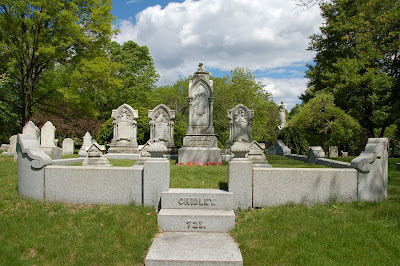 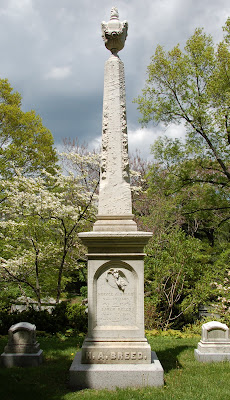 When I was in high school, I spent some time transcribing various bits of Dix's Civil War era correspondence in the collections of the University of Connecticut. It was a chore — she had the handwriting of someone who was too busy to bother with the niceties of legibility. I've read many 19th-century letters by women, and they have generally been tidy, pristine exemplars of impeccable penmanship. Dix's letters are blotched with ink and the individual letters are scrawled so large that she can only fit 1/4 of the usual text on a page. That's ok, though, because her correspondence is terse and businesslike — it's very rare that she sticks in any of the usual blandishments or runs over to a second page.

I love her gravestone because it is so like her letters: terse, to the point, and unconcerned with the fripperies of Victorian convention. It stands out at Mount Auburn.
Posted by Caitlin GD Hopkins at 8:07 AM