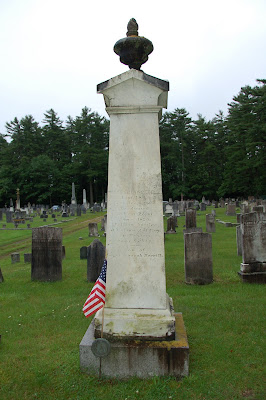 This series has featured several variations on the verb "to fall." I'm sort of surprised that it's taken me this long to add "fell in battle," but I checked the intro page and it doesn't seem that I've used it already. 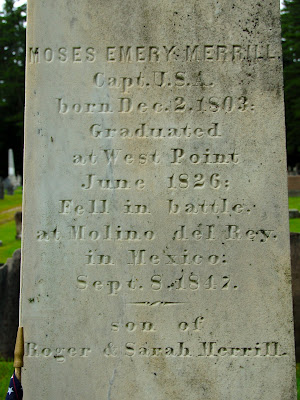 Moses Emery Merrill of Brunswick, Maine was a West Point grad, though not a particularly stellar student (he graduated 37th in a class of 41). He served with the 5th United States Infantry and was killed at the Battle of Molino del Rey during the Mexican-American War.

Fort Merrill, a shortlived outpost in Texas, was named for Moses Merrill. 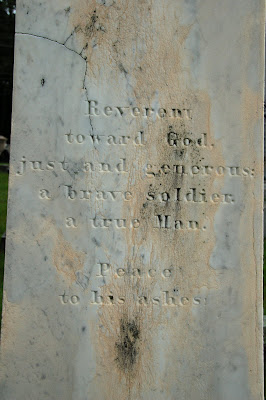 Moses' son, William Emery Merrill (b. 1837), followed in his father's footsteps, attending West Point. William was a much better student — he graduated first in the class of 1859 and went on to be General Sherman's chief engineer during the Civil War.
Posted by Caitlin GD Hopkins at 4:14 PM