Part 95, in which I ignore the chronological parameters of this project.

On July 2, the 146th anniversary of the 20th Maine's heroics at Little Round Top, I visited Joshua Chamberlain's grave in Brunswick, ME. That probably sounds a little dramatic — the truth is that I was on my way to go camping with my parents farther up the coast and stopped in Brunswick for a few minutes.

Chamberlain's gravesite is covered with flags, flowers, pennies, and pebbles left by visitors, but it was his wife's gravestone that caught my eye. Fanny Chamberlain is buried next to her husband under a stone that says, "Unveiled": 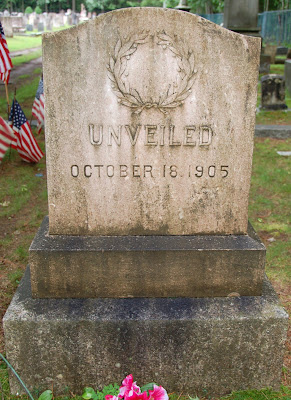 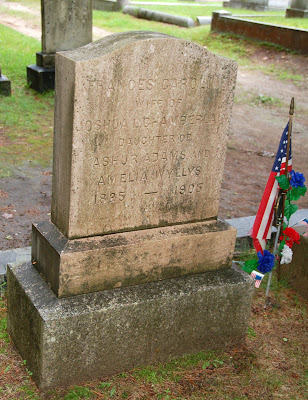 While 1905 is quite a bit out of my normal range, I've never seen this particular expression before. At least, I haven't noticed it — I've been visiting this grave since I was a toddler, but this was the first time since I started this project. If forced to justify its inclusion, I would mumble something about the strong Civil War connection, which is only a few years outside of the official parameters.
Posted by Caitlin GD Hopkins at 7:59 AM