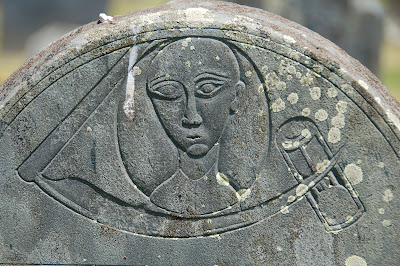 In the 1760s, John Bull went through a phase where he cut faces framed by scythes and hourglasses. The scythes slash underneath the heads, cutting them off at the neck or shoulders.

All of the faces are oddly distorted in some way. The Elizabeth Davenport stone in Little Compton (which is signed) has one of the strangest variations of this motif — a serene, huge-eyed, tiny-chinned, bald figure that looks like an ethereal alien: 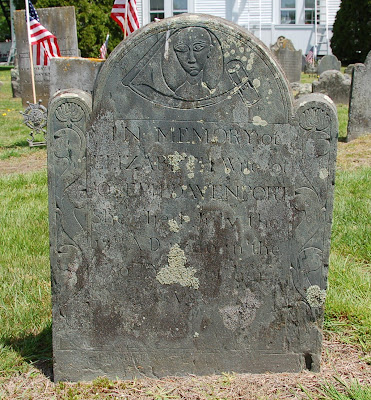 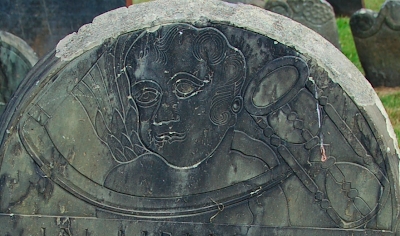 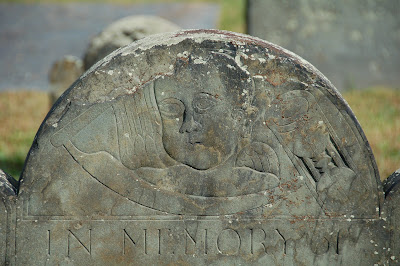 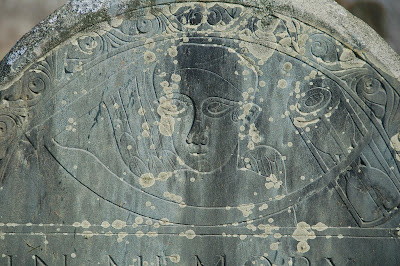 As with many examples of John Bull's work, these stones show originality, talent, and imagination. I think John Bull was one of the only authentic geniuses in early American sculpture — he forged his own aesthetic path and I always have the feeling that he's laughing at us.
Posted by Caitlin GD Hopkins at 6:23 AM