In Brooklyn, Connecticut, there is an interesting cemetery next to the fair grounds on Rte. 169 (Canterbury Rd.). It's one of those small-town burying grounds where the earliest dated stone is from 1741 and the most recent is less than two months old. 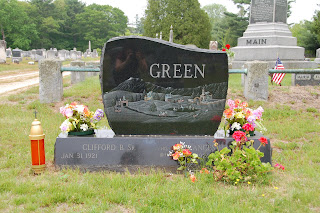 I don't venture into modern cemeteries very often, so I was a little surprised by the modern stones in Brooklyn. I knew that people get laser-etched stones, but I had never seen one that was both laser-etched and colorized. These pictures aren't the best — I say that all the time, but this time it's for a new reason: I didn't realize that the modern stones were so reflective, so you can see my reflection in some of them. The Clifford and Frances Green stone (2001) features an olde-tyme winter skating scene complete with decorated Christmas trees and wreaths on the lampposts. I wonder what made Frances and Clifford choose this scene. Did it remind them of their childhoods? Did they collect Christmas figurines? I don't know, but I've never seen anything like it. 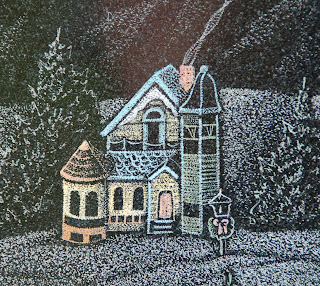 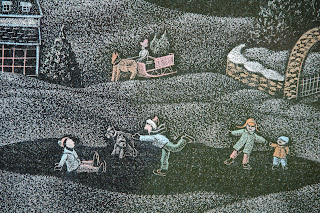 Other recent stones also include rural scenes. The Levola stone (2003) shows a rocky farm with silos, deer, and stony mountains in the background. 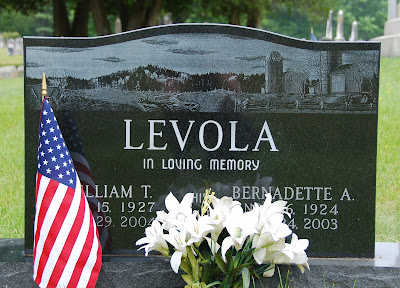 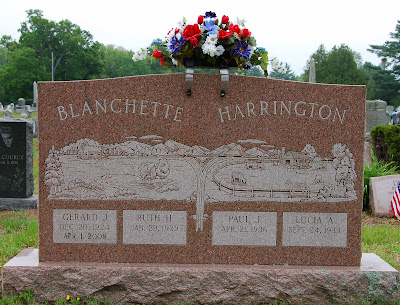 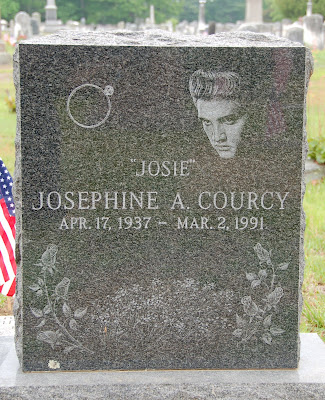 Other residents of Brooklyn chose to adorn their gravestones with personal interests. Shaun Fredrick's family put a picture of his Harley on his gravestone. Josephine Courcy's stone (1991) attests to her love of Elvis.

Now that I know that modern stones have interesting images, I may spend some more time in more recent cemeteries. Though, I guess, it is a little weirder to photograph modern stones than it is to photograph historic stones.
Posted by Caitlin GD Hopkins at 8:20 PM