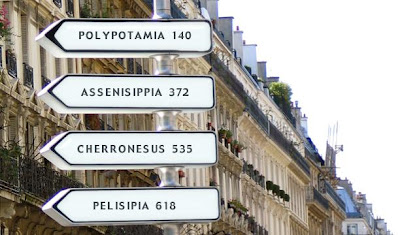 There's lots of good work being done over at Strange Maps, none of it better than the discussion of this creative map of Jefferson's proposed midwestern states. According to one biography,

[W]e have a glimpse of that absurd element in Jefferson's mind which his admirers sought to excuse by calling him a "philosopher." The matter is small, to be sure, but suggestive. He proposed as named for the several subdivisions of this territory: Sylvania, Michigania, Cherronesus, Assenisippia, Metropotamia, and Pelisipia. Fortunately these wondrous classic titles have not afflicted the children of our common schools. 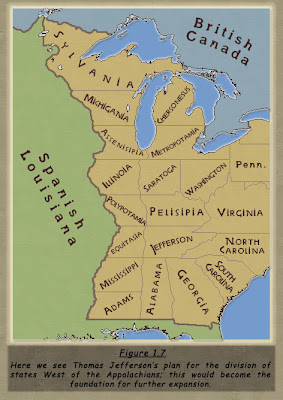