In Which I Disagree with Sarah Vowell 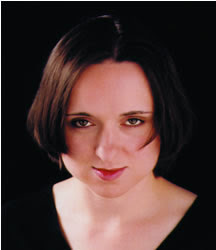 I've been listening to the audiobook version of Sarah Vowell's The Partly Cloudy Patriot (2002) in the mornings as I get ready for class. I love Sarah Vowell - my favorite book of hers is Assassination Vacation, and I eagerly await her new book on Puritan New England.

Vowell writes sly, funny books on topics that interest me. So why did I walk around all morning muttering to myself as I imagined what I would say to her if I could give her a piece of my mind?

It comes down to this: for someone who is a professional writer, Vowell can be frustratingly boneheaded about academic language. As anyone who reads this blog knows, I am an enthusiastic proponent of plain-style writing in academic books, but that does not mean I think that historians should avoid overturning conventional terminology when it becomes problematic.

Example: In the essay "God Will Give You Blood to Drink in a Souvenir Shot Glass," Vowell comments on historical sites that attempt to "rewrite [their] past[s]." Her example is a recreated Dutch plantation on the Hudson (presumably Philipsburg Manor) where the interpreters scrupulously refer to the plantation's slaves as "enslaved Africans." After describing her experience on the tour, Vowell goes on a wrongheaded rant about this insidious revisionism (transcript from audio - the punctuation may be off):

After a while, I couldn't stand it anymore, and cornered one of these shawl-wearing tour guides and asked why on earth nobody used the word "slave." And in that singsong dialect of teenage girls, in which every sentence ends on a question mark, she replied, "because 'enslaved Africans' describes slavery as something that was done to them instead of what they were. Enslavement was not their whole identity." "Um," I asked, "Isn't the whole point about being a slave that you don't have a choice to be anything else?" Prettying up the word "slave" with that adjective-noun construction makes "enslaved Africans" sound nonchalant, as in, "Those were the cabins of the jolly leprechauns!"

Sorry, Sarah, but I have to side with the tour guide on this one. Although Vowell portrays the site as a sort of backwater, campy tourist attraction, Philipsburg Manor is actually a fairly reputable educational facility. The project to incorporate the history of slavery in the North into their interpretation was part of a major National Endowment for the Humanities grant in 2000, and the museum overhauled its presentation to follow more recent scholarship on the history of Atlantic slavery.

While it is not incorrect to use the word "slave," the term "enslaved person," is preferable because it acknowledges the humanity of the person in question. The older terminology tended to naturalize slavery as an inherent condition and separate "slaves" from "people." Don't believe me? Do a Google search for "men, women, and slaves." Right. Because slaves were neither men nor women. They were something altogether alien.

Historians started referring to slaves as "enslaved men," "enslaved women," "enslaved Africans," "enslaved workers," etc. in an effort to define a terminology that simultaneously conveyed the coercive power of enslavement and its limitations. Other suggestions, such as Peter H. Wood's "pioneers" fell flat because they did not call adequate attention to the violence done by slavetraders and slaveowners.

"Enslaved person" is both historically accurate and historiographically useful. Vowell objects because "the whole point about being a slave that you don't have a choice to be anything else," which is a neat summary of what many 18th- and 19th- century masters hoped for, but it is not historically correct. The vast literature on slave resistance documents the myriad identities that enslaved people claimed for themselves through the clandestine exercise of religion, attempts to create and preserve families, and self-determination as skilled workers. Like many Americans, even those who are well-educated and interested in history, Vowell still subscribes to the Lincoln-freed-the-slaves narrative that defines slaves as passive, which is not really the cutting edge of social-justice-oriented historiography.

This passage grated on my nerves so much because it is tone-deaf in a way that Vowell's writing rarely is. She believes the tour guide is a poor, misguided soul (notice how she cuts down the guide's expertise by mocking her inflection and characterizing her as a "shawl-wearing" interpreter, thus implying that she is a well-meaning but untrained local volunteer) who is trying to whitewash the history of a site to make it more palatable. There are plenty of historical sites that are guilty of this type of revisionism, as anyone who has suffered through a tour of the White House of the Confederacy can attest, but Philipsburg Manor is not one of them. It is Vowell who is clinging to an outmoded and misguided terminology.

Also, before I cut this rant short and get back to assuring you that I think that Sarah Vowell is brilliant, I need to go on record as saying her equation of "enslaved Africans" with "jolly leprechauns" is profoundly stupid. "Enslaved" is in no way a fluffy, happy word. If all that is necessary to soften a term is an "adjective-noun construction," then there is little difference between "sadistic murderer" and "magical unicorn."

That said, Vowell is generally one of my favorite writers. I am super excited about her new book, The Wordy Shipmates, though I am crossing my fingers against a tired rehashing of the "omg the Puritans were persecuted in England and they came here for religious freedom" argument.