Confederate Commemoration and the Lost Cause

Yesterday, Professor O'Donovan spoke on the subject of memorialization in the decades after the Civil War with particular attention to public monuments in public places. Anyone who has driven through a little town in Northeast will recognize the archetypical Civil War monument: a young, white, lone infantryman with an immaculate uniform and a rifle (and sometimes a flag) stands sentinel at the top of an obelisk. These monuments commemorate a particular version of the war — one in which vigorous Anglo-Americans fought for high ideals but, according to the monuments, did not suffer, die, have legs amputated. There are no slaves, no African-American soldiers, no hint of the reasons behind the war. Instead, the town square monuments celebrate an ideal American who defended an abstract concept of America at a time when immigrants, ex-slaves, and union workers were threatening middle-class visions of national unity. 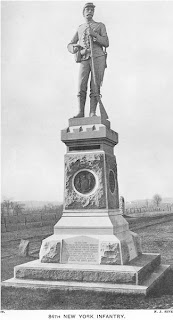 After class, I started wondering what messages monuments send in places that have both Union and Confederate monuments, such as the Gettysburg National Battlefield. At Gettysburg, most of the monuments commemorating Union regiments were erected in the late 19th and early 20th centuries and many of those with sculptural soldiers follow the same patterns as town square monuments. A few of the Union monuments are more dynamic, interesting, or impressive, but they are generally pretty staid.

In contrast, the Confederate monuments are arresting, tragic, and glorious. This is partially a function of the periodization of these monuments: most Union monuments went up in the 1880s and 1890s and reflect the sculptural conventions of that time. Although the Virginia monument was erected in 1917 and the North Carolina monument was dedicated in 1929, most of the Confederate monuments have been erected since the 1960s. It's not just their modernity that makes these monuments more compelling. Let's take a look at some examples: 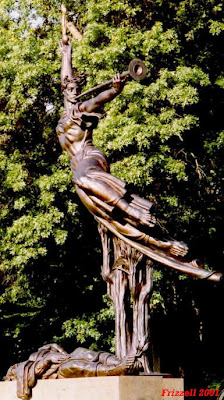 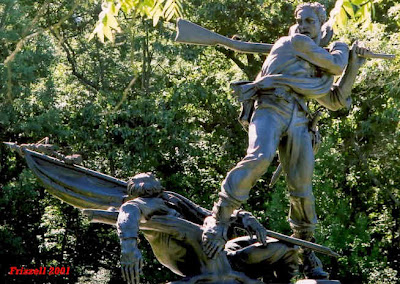 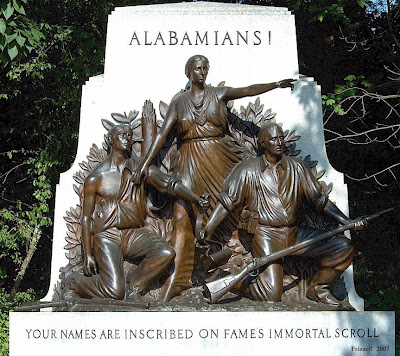 The difference is incredible. The Confederates are struggling, striving, and even dying. In contrast to the remoteness of the Union monuments, the Confederate monuments evoke a visceral reaction. Who can behold the Mississippi monument without feeling sympathy for the barefoot, desperate, suffering men who are clearly fighting for their lives? Even though Gutzon Borglum designed the North Carolina monument in the 1920s, to modern eyes, it recalls the flag raising at Iwo Jima. These Confederates are eminently sympathetic. They are not traitors or slaveholders. They are noble, suffering men, and the contrast between them and their Union counterparts could not be more stark.

One interesting case is the Maryland memorial, which is supposed to commemorate both Union and Confederate soldiers. The two men on the Maryland monument are brothers - they aren't even armed! There is no better example of the racist narrative of Civil War commemoration than this: in this representation, there is no hint that the war might have been about slavery - it is merely a story of mutually brotherly struggle and reconciliation. 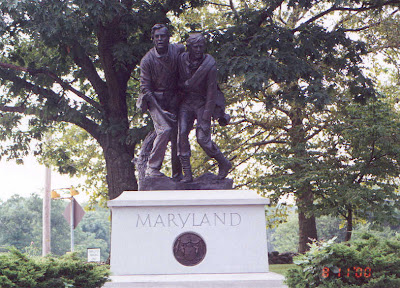 Maybe I'll get into the disgusting rhetoric of the dedication speeches another day.

Just one more thing: many Union monuments are located at the point of that regiment's farthest advance (i.e. Peach Orchard, Wheat Field). The Confederate monuments are arrayed along the battle line they occupied immediately prior to Pickett's Charge. At Gettysburg, the monumental landscape is permanently frozen just before the disastrous assault that spelled doom for Lee's hopes of invading the North. Discuss.
Posted by Caitlin GD Hopkins at 4:42 PM