101 Ways, Part 32: Joined the Congregation of the Dead 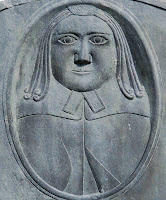 This monument to the Rev. Ebenezer Bridge stands in Chelmsford, MA:


By the Church of
Christ in Chelmsford.
In Testimony of their Esteem and Veneration
this sepulchral Stone was erected, to stand as a
sacred Memorial of their late worthy Pastor,
the Reverend Ebenezer Bridge,
who after having officiated among them,
in the Service of the Sanctuary,
for more than a year above half a Century,
the Strength of Nature being exhausted
sunk under the Burden of Age,
and joined the Congregation of the Dead,
Oct. 1 1792. Age, 78 yrs. 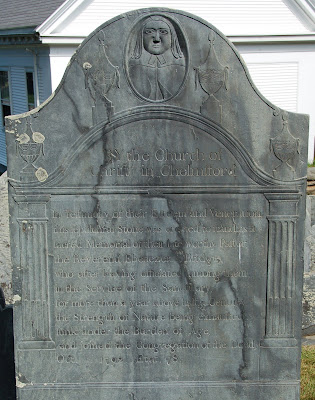 "Joined the Congregation of the Dead" is an unusual way to say, "died," particularly in light of the text of Proverbs 21:16:
My Bible skills may not be top-of-the-line, but that sounds bad to me. Do you really want your minister to be a member of the "congregation of the dead"? The only way I can put a positive spin on this is to say that perhaps Rev. Bridge is currently among the "congregation of the dead," but will rise on judgment day, while others will "remain" there. Any ministers/seminary students out there who want to tell me how this is an appropriate reference for a pastor's gravestone?

Thanks to RJO for the tip on this one.
Posted by Caitlin GD Hopkins at 6:51 AM

.i was browsing this on my mobile so the images were appearing much smaller and this is what i thought that last bit read at first:

:)
It's an inappropriate verse, but it's not that bad.