For a brief introduction to the "Presidential Names" series, click here. 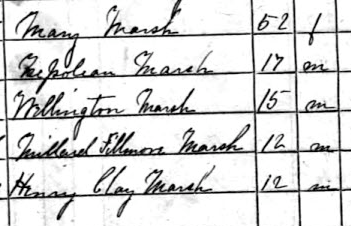 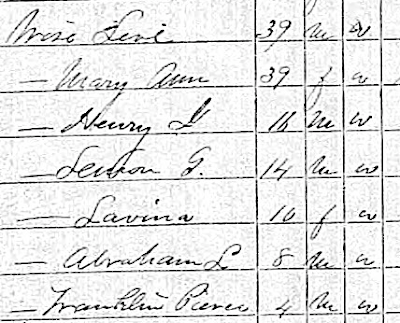 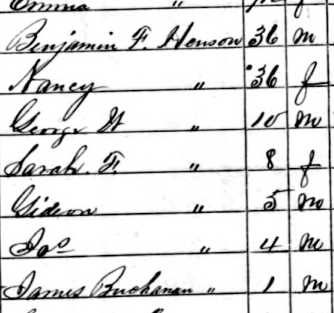 Andrew Johnson Meekins, Cumberland, VA, b. 1867
(bonus: brother named Jeff Davis and Robert Lee. What inspires a black mother to name her sons Jeff Davis, Robert Lee, and Andrew Johnson in the Civil War-era South? And if she didn't choose those names, why still use them in 1870?) 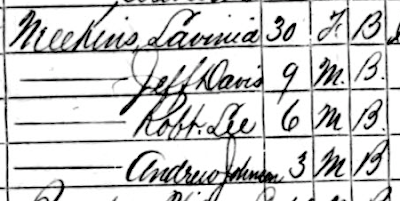 How exciting to see Franklin Pierce represented in this trend!