Pete and I just finished listening to an episode of This American Life that featured a story about a measles epidemic in San Diego that was caused by some parents' decision not to vaccinate their kids. My goal here is not to wade into the vaccination wars directly (others have reviewed the episode in question). Rather, a thought came to me while listening to anti-vaccination parents blithely pooh-poohing measles: I wonder whether Americans' notoriously short historical memory is contributing to this trend.

Most people are vaguely aware that infectious diseases are routinely fatal in eras and areas that do not have access to modern medicine. Yet, we are rarely asked to contemplate what that meant for people living in the past and continues to mean for people around the world today. A visit to any early New England graveyard will provide some testimony to the perils of infectious disease in a community without access to vaccination, most often in the heartbreaking double, triple, and high order multiple gravestones dedicated to children who died during epidemics. Here are a few examples: 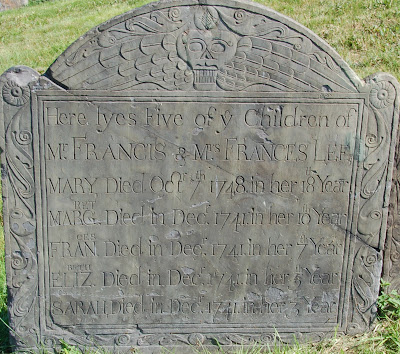 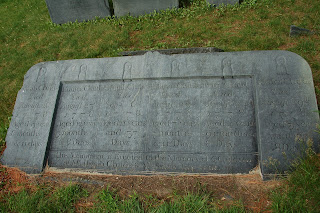 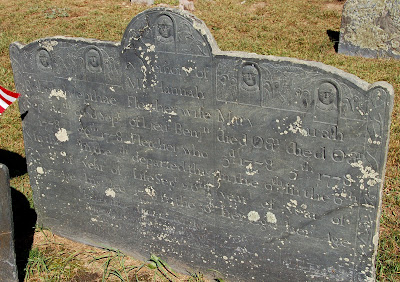 The Lynd Family of Malden, MA:
The Lynd (or Lynds) family of Malden lost three children in an epidemic in 1753. Twenty-five years later, another epidemic claimed three more. Though the parents of both sets are named Joseph and Mary, the chronology makes it unlikely that all of these children are siblings. I think that an older Joseph and Mary are the parents of the first three and the Mary who died in 1778, while the second Joseph (father of the Mary and Joseph who died in 1778) is probably their son.
Mary, age 12, d. 12 July 1753
Elizabeth, age 3, d. 12 July 1753
Phebe, age 5, d. 13 July 1753 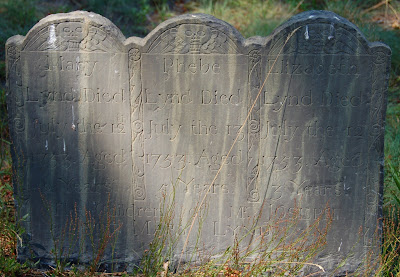 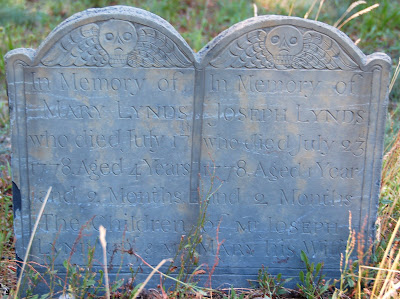 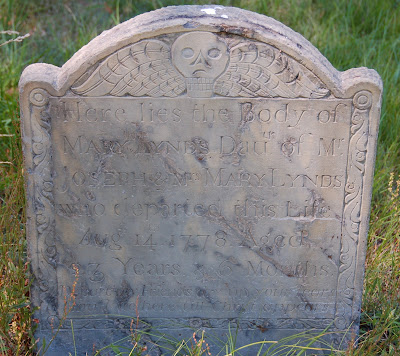 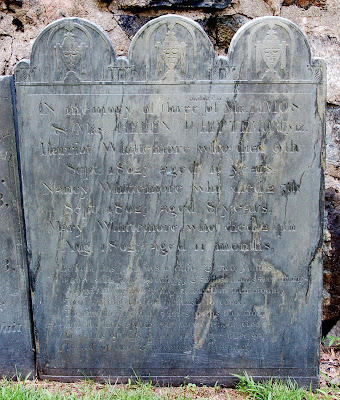 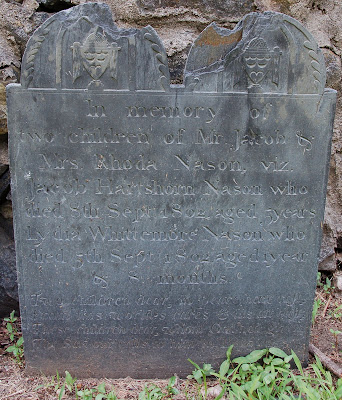 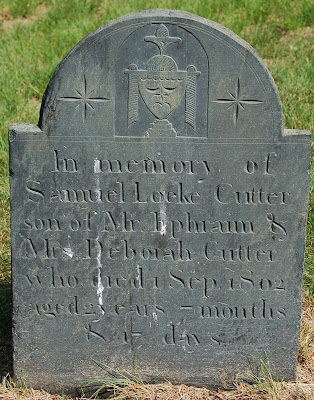 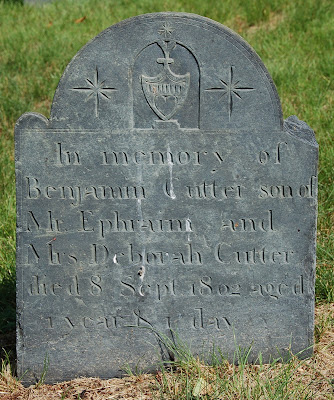 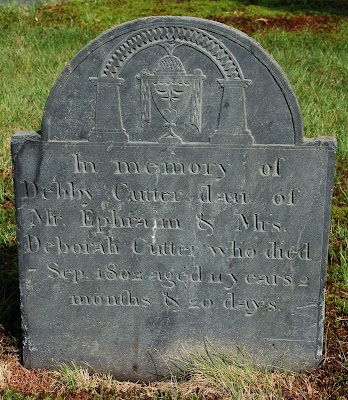 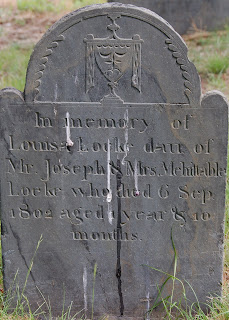 I think one of the most remarkable of all Puritan documents is Samuel Danforth's Letter Out of Grief on the death of his three children during an epidemic in Roxbury in 1659. People who are reflexively bigoted toward the Puritans would jump on it as cold; people with humane sympathy will find it absolutely piercing.

The line that stays with me is, "The holy fire is not to be fetched for you, out of such a flint as I am, without smiting."

I have often cried over the graves in Menotomy; it was dysentery epidemics in both 1802 and 1805. It is somehow heart-wrenching that Deborah Cutter's little daughter was named Debby.

So often Puritan gravestones for children say something like "God called you home; He thought 'twas best" and it makes you want to cry your eyes out. For those people, with no way to fight disease, there could be some comfort in knowing their child was finally safe from suffering in the hands of God.

Also, I believe all six of the 1802 Menotomy stones are examples of the early urn styles of the Dwight workshop. The second and sixth show partial rows of "Dwight drops" along the tympanum, a stylistic element carried over from Dwight's earliest stones carved more than two decades before.