Journal of the Proceedings of Congress, 1774

When the Continental Congress met in Philadelphia in 1774, secretary Charles Thompson kept daily records of the proceedings. These records were eventually published as the Journal of the Proceedings of Congress. Here is the Journal's emblem: 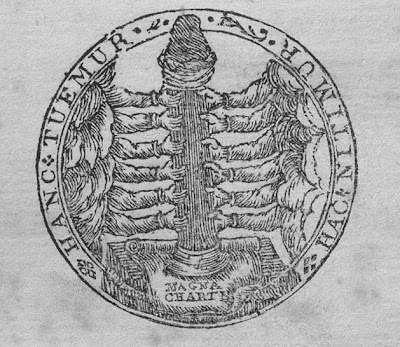 In his 2005 WMQ article, "Being Alone in the Age of Social Contract," UChicago professor Eric Slauter descibes how the "erect pillar with liberty cap" is "held steady by twelve arms." Apparently, the inscription, "Hanc Tuemur, Hac Nitimur" means something along the lines of "this we guard; for this we strive." I see.

Slauter acknowledges that this image is suggestive of the relationship between masculinity and the founders' idea of liberty, but he fails to mention how hilarious it is.

I wonder why this image isn't on U.S. money, stamps, or government seals. Maybe I'll write to some representatives and see if we can't get them to change the emblem on the Congressional Record letterhead just for old times' sake. After all, it's what the founders wanted. 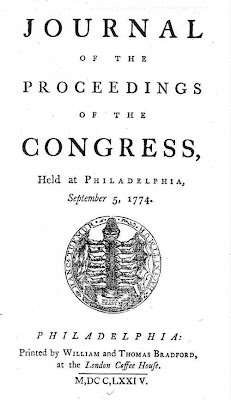 See the LOC for more.
Posted by Caitlin GD Hopkins at 3:50 PM

Yeah, as soon as I saw this, I had a WTF moment. I hate to be immature, but the first thing I thought was "Are they really having a group jerk session with a giant phallus?"