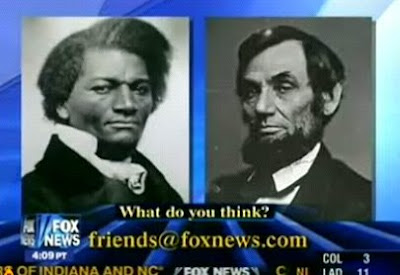 Bwah ha ha ha ha! What do I think, indeed.

This reminds me of my all-time favorite book, Barron's Painless American History by Curt Lader, a study guide for middle school students. Any teacher who ever wondered where his/her students picked up their strange ideas about US history can send Mr. Lader a thank-you note. The student reader will learn the following from this book:
Most of that is piddly stuff, but this isn't:
Ha ha ha ha ha. The "diary entry" Lader refers to is an excerpt from an 1855 slave narrative called Slave Life in Georgia, which was dictated by a fugitive slave named John Brown who escaped and moved to England in 1850. Shockingly, there was more than one person in the English-speaking world named John Brown.

I'm sure I have made embarrassing public errors in the past and I will continue to do so in the future. That doesn't mean I don't enjoy laughing at other people's.
Posted by Caitlin GD Hopkins at 1:40 PM