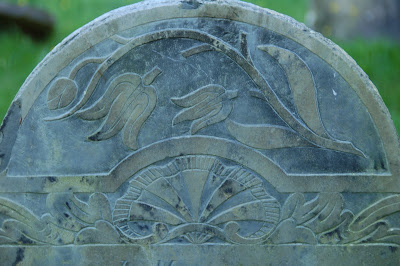 The Newburyport, MA graveyard is full of beautiful stones, including this stunning example. I love the imagery of plucked flowers and this mother-and-child design is particularly poignant. I wonder what happened to them — the baby was 8 months old, so they probably didn't die as a direct result of the birth. Perhaps it was a difficult birth and mother and child were still weak when the August/September epidemics came around.


In Memory of
HULDAH
Wife of
STEPHEN TILTON,
who exchanged Worlds,
Augst 29th 1793;
in the 26th year
of her age.
Also MARY, her Infant,
who died Sept. 14th 1793,
aged 8 Months.
Ye Angels guard this sleeping Clay,
Till comes the great decisive day;
When in their SAVIOUR'S Image drest,
They'll wake to be completely blest. 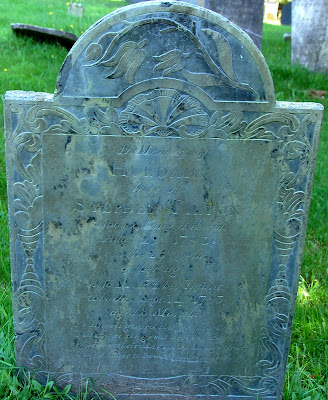 Update:
I don't know who the carver was, but he was clearly very talented. Here are some other examples of his work from Newburyport: 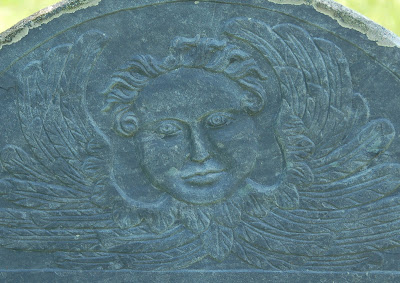 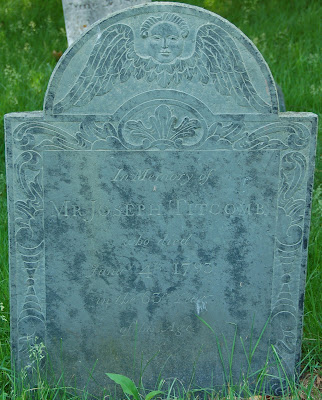 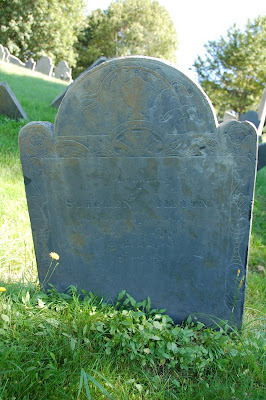 Perhaps there is a clue in those shell-like scrolls in the border pattern. They look like the scrolls on this stone (and on the Parsons stone), though the carving style is different (deeper, not as nuanced): 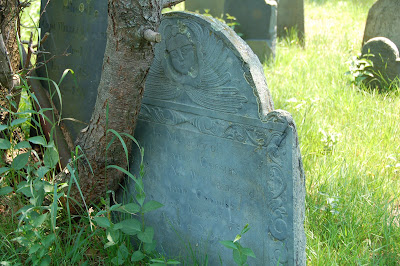 Posted by Caitlin GD Hopkins at 5:55 AM

That's a lovely design. Any idea who the carver is?

Not sure, but I'm posting some more examples of his work in an update.

Hmm, I poked around a bit in the Farber collection and it looks like these may be a carver named Paul Noyes, who worked in the Essex county area in the late 1700s. I know nothing about him; there is a little mention here: