There are many places to drown in New England. Today, people drown in the ocean, lakes, rivers, streams, ponds, pools, and bathtubs. In the eighteenth century, there were not so many pools and bathtubs, but people drowned in other places: rainwater hogsheads, troughs, and occasionally, buckets. In addition to drowning, many young children died after being scalded when hot kettles overturned. Here's a quick sample of death notices: 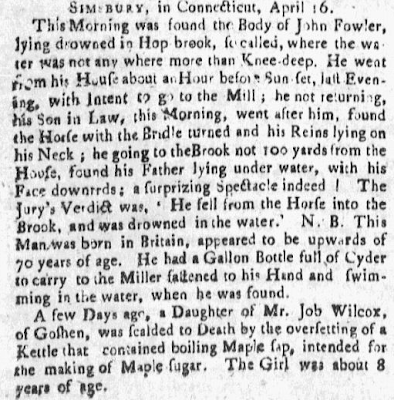 As sometimes happened when death was violent or unexpected, the epitaphs of drowning victims often go beyond the quotidian "died" and "departed this life" to include a specific cause of death. Here are a few examples: 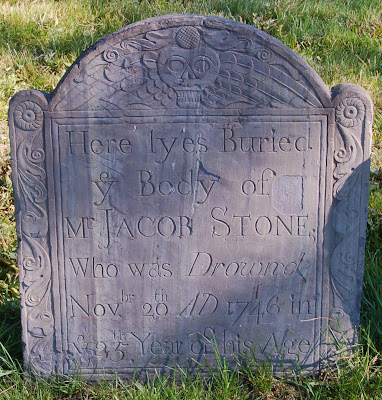 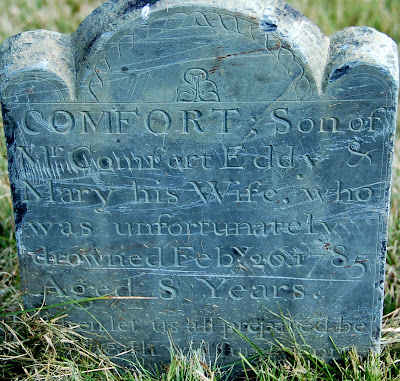 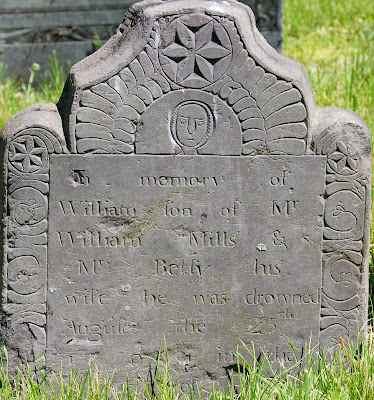 Posted by Caitlin GD Hopkins at 7:54 AM

Very interesting. Any idea who the carver is on the Copp's Hill stone?

(It's also linguistically interesting to see that in those days, people didn't drown, they were drowned.)