Sanders Pitman of Providence, RI was a respected goldsmith. According to various advertisements in the Providence Gazette, he was also a silversmith and jeweler whose works were "made equal to (and sold as cheap) as any in New-York or Philadelphia." At one point, he shared his house/shop with a clock/watchmaker. 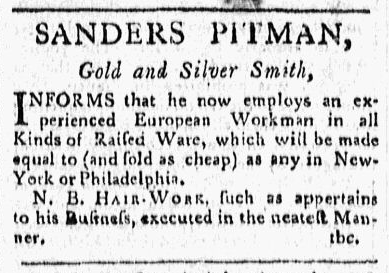 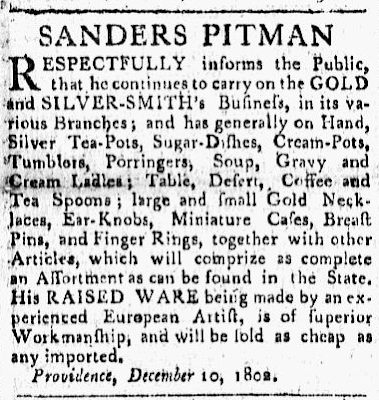 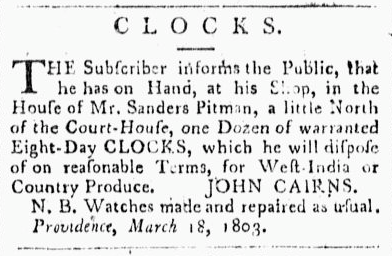 Pitman's epitaph has a sense of humor, using the language of his trade to attest to his character: 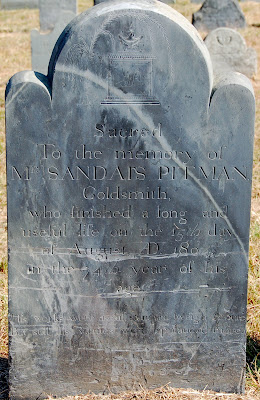 Sacred
To the memory of
Mr. SANDArS PITMAN
Goldsmith,
who finished a long and
useful life on the 15th day
of August, AD 1804
in the 74th year of his
age.
His works were useful standard weight & pure,
But still his virtues were applauded more.
Posted by Caitlin GD Hopkins at 6:22 AM