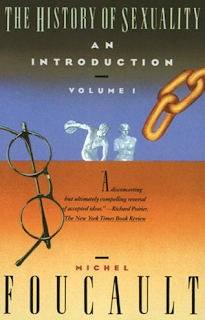 If you've seen any liberal blogs today, you've probably heard about the latest Amazon debacle. Apparently, Amazon has been reclassifying books with gay and lesbian subject matter as "adult" books and has stripped them of their sales ranks. This means that these books will not show up on Amazon's bestseller lists and, in some cases, are removed from searches.

I actually think the purge is a bit broader than people think — several books on the history of sexuality that do not deal primarily with gay themes have also been stripped of their sales ranks.

Here are some books from my general exam lists that have been stripped of their sales rank as of 4/12/09:

The History of Sexuality, Vol. 1
by Michel Foucault

Sex in Middlesex: Popular Mores in a Massachusetts County, 1649-1699
by Roger Thompson

Other children's books, including King and King and The Different Dragon, still have their sales rank, so it seems that the removal may have had something to do with an ill-advised reclassification of any book classified with "human sexuality."

From this evidence, it doesn't seem that Amazon's ill-advised decision to find "adult" books was a malicious/deliberate swipe at gays and lesbians in particular. The net is a bit wider, including many books on human sexuality. Yet, malicious or not, deliberate or not, this epic fail shows an incredible degree of stupidity and insensitivity on Amazon's part. The intention behind the act does not mitigate the effects.

Beyond that, what was their intention? To make certain books harder to find? To imply that anyone writing or reading about issues of gender and sexuality dwells in an underworld of perversion and vice that should be hidden away? Wtf, Amazon?

I would be very surprised if this problem is not corrected first thing Monday morning.
Posted by Caitlin GD Hopkins at 8:41 PM

I'm not sure, but some of the blogs I've read this morning have suggested it was a targeted hit by an external group exploiting something in the "this book offends me" setting. (similar to a wide-scale deletion of livejournals last year).

I'm still waiting to see how quickly and in what manner Amazon responds.

That seems possible. Still, I have a hard time imagining that someone singled out Sex in Middlesex as offensive. It's just too obscure to garner much attention, positive or negative.

If there was an attack of some sort, maybe it was automated to find anything with "sex" or "whore" in the title.

I think you're right to take a wait and see approach. I'd be very surprised if Amazon doesn't apologize and fix things quickly. Obviously, they're responsible for the official content on their site, and I hope they take full responsibility when they correct whatever caused this madness, even if it was an attack by an outside group.